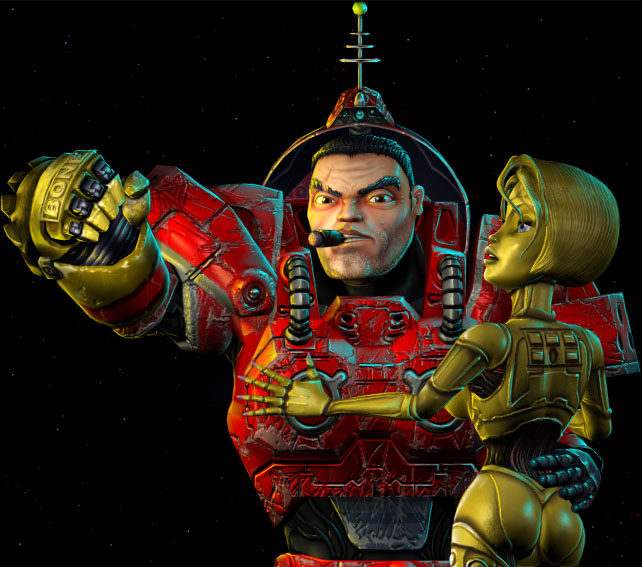 Fort’s lusty ways caught up with him when he was sentenced to a life in prison for interstellar solicitation in the 4th degree after being caught with C3P-Ho. His only escape from prison was to become a hired gun for The Republic Dominion Federation of Empires. Encased in Wrangler Armor, he was tasked with killing the galaxy’s most heinous criminals and terrorists.

“I’m about to cast a spell on your face.”

“Pardon me ma’am, but you got strong looking knees.”

“God Damn boy, if you only knew- I’ve licked more pussy then Lubbock’s got hairs on his balls.”

“Just imagine, if you, just by accident, stumbled across a whore. She’s got eight tits, three of em’ lactating, two tongues, one on each ball, and can accommodate your dick in her ass, pussy and her mouth all at the same time!” 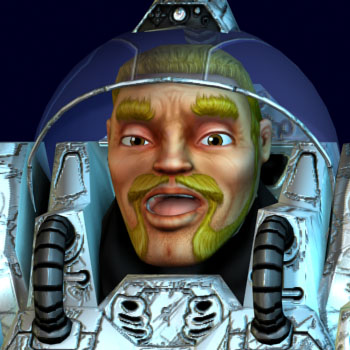 Prison-bound for life for Sexual Assault on a Space Cow, Lubbock became the head of the Captain Fort Worth fan club while they shared a cell. Lubbock has risen through the ranks of the Wranlgers though sheer luck and ass-kissing, and is now second in command to Fort.

“I hope Jesus isn’t watching.”
“Careful to not get a nut stuck in there.”
“Captain, remember that time we tag teamed a Wookie?”
“I’m under direct orders to get my dick wet.”
“My number two disposal function broke.”
“You was bringing it home right into an elf chick’s hanger but damned if you couldn’t get docking clearance.”
“Captain, there’s hunks of burning rocks falling out of the sky. And they got real big penises.” 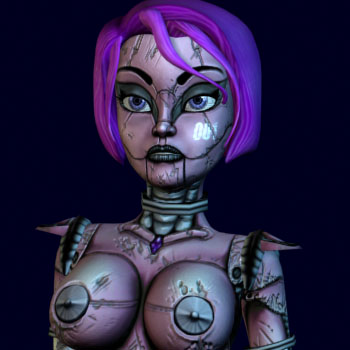 Created for safety and pleasure by The Republic Dominion Federation of Empires, the SexBot is the epitome of fucking technology. During long voyages, Wranglers spend most of their off-duty time waiting in the long line to get their satisfaction.

“Low testosterone levels, fucking me would be highly advisable.”
“Please be sure to safely remove hardware.”
“Executing program Dick Suck.” 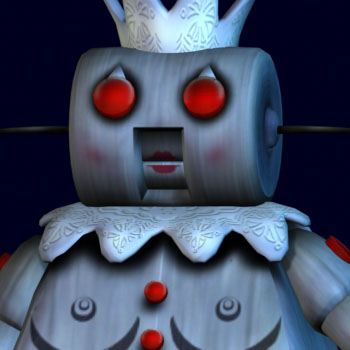 Originally designed by Spacely Sprockets, the second generation Rosie the FoxBot was the Model-T of the Fuck Bot industry.

“I have been so honored to service you all these years.” 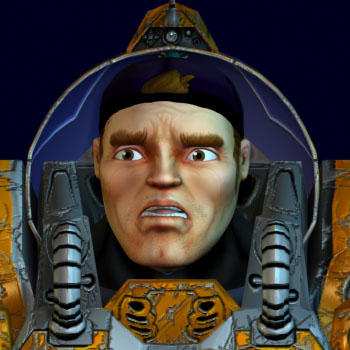 Forced into service by the monetary burden of supporting his many wives. After numerous complaints of “wanting out of this chicken shit outfit,’ he was forcefully reassigned to Captain Fort Worth’s service. His official response was, “At least it’s a cunt hunt and not another bug hunt.”

“All I see is eyes and teeth. They’re all around us man, Jesus!”
“Hey, maybe you haven’t been keeping up on current events, but you’re getting fucked.” 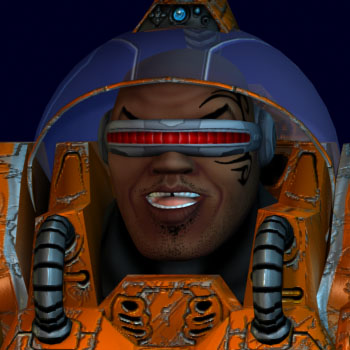 “Watch me impregnate this defense.”
“Where’s Soda Pop for the wobbly H when you need him.”
“They call me the knock-up kid.” 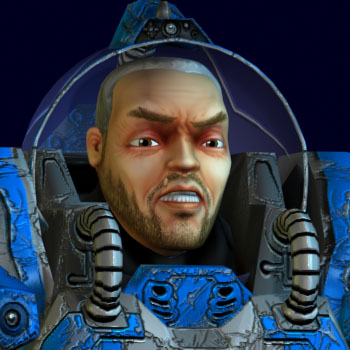 A throwback to when the galaxy was nothing more than a saloon and two hitching posts, Clint is the old timer of the Wranglers.

“You gotta ask yourself one question. Am I getting lucky? Well, am I bitch!?”
“Shut your fucking face… Wait, I mean open it.” 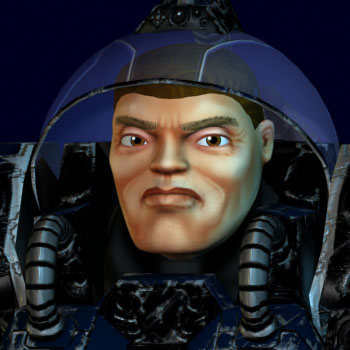 After shooting an innocent kindergartener during a routine arrest, Arnold was reassigned to the Wranglers.

“Get to the chopper – I mean spaceship, now!”
“Prepare to be sperminated.” 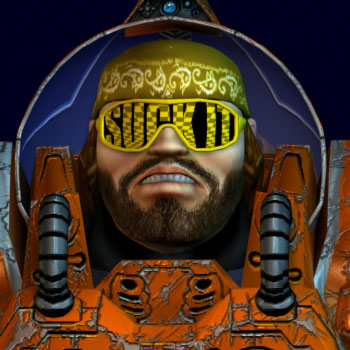 Legend of the Galaxy Wide Wrestling Federation, he left on a pilgrimage to find his lost master, the koolade guy, and finish his training.

“Keep snapping on my slim jim.” 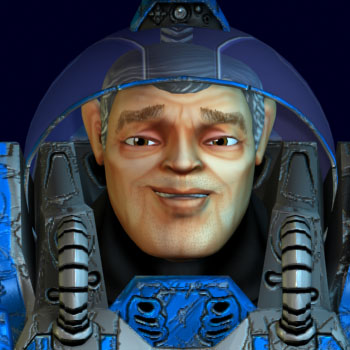 After totally fucking the whole Middle Eastern part of the galaxy, Bush abandoned presidency of the Intergalactical Oil Federation to continue his personal hunt for alien terrorists. One day he went looking for a bologna sandwich and the next thing he knew, he and Fort were doing lines off of SexBot’s ass. He decided to stay once he found out terrorists were involved.

“Get ready for a huge deficit… On your face.”
“The thing about Bush’s are, we fuck everything, I mean anything, I mean… Nothing.”
“It’s your dick and you’re paying for it.”
“You fuck like a democrat.” 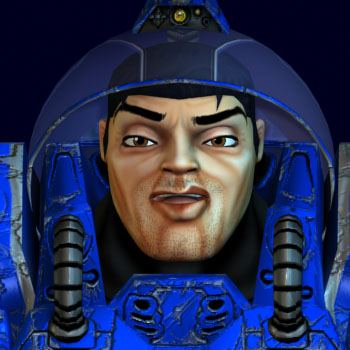 Though a huge misunderstanding, Sly thought he was signing up for a fight but ended up a Wrangler. He keeps trying to explain this but the only word anyone can understand is ‘Adrian.’

“Pull down your pants and prepare to be judged.”
“They call me the Italian Stallion because I’m hung like a horse.” 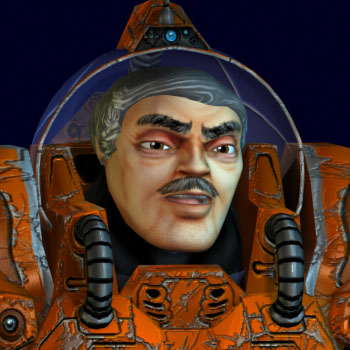 After giving it all he had fixing faulty warp drives as Chief Engineer for Captain Jerk, he got tired of having to stay sober and left to join the drunkest squadron he could find.

“Okay I got to be honest, I don’t know how much she’s got, in fact I don’t even know who she is.” 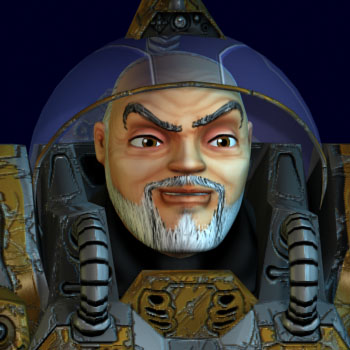 While infiltrating the Wranglers for MI-69, he blew his cover after a weeklong Scotch binge and decided the intelligence business had nothing on the search for intergalactic pussy.

“I like my cock shaken, not stirred.”
“You’re no prom queen, but I’m still a winner.”